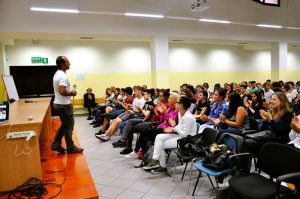 I met an Italian guy in Nepal back in May 2007.
Filippo was working there by that time and we used to hang out in Kathmandu guest house most of ev ening to chat. After nearly 8 years I wrote him to inform that I am coming Milan and I would be SO happy to meet him again.
He already knew about my project : https://www.youtube.com/watch?v=QHnzTUqeq04
So he began to look and tried to find a way to organize a school for my workshop.  of course he has so many contacts here and ina  finger tip his friend Paola organized a school for the first day after I arrived Milan.
On Saturday 20th of September we went to the Liceo Manzoni school ( of course after having our coffee with Filippo). 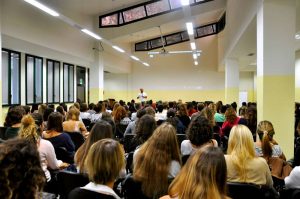 a group of 120 students were there to talk and share our ideas about saving our planet.
I started with some facts, then we saw few short videos and we began to talk about our planet and its problems.
It was a wonderful converstaion, but because of limitation of space we couldnt plant a tree. 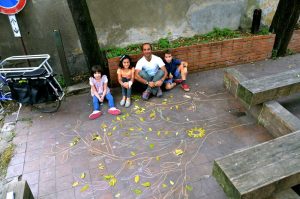 In the afternoon there was an event in an old farm just in the middle of town.
we went there and after I found a nice location, I got few kids involved and we draw a shadow on the ground for my new project ” Lost shadows”