Workshop and tree planting in Biotechnological school in Ljubljana 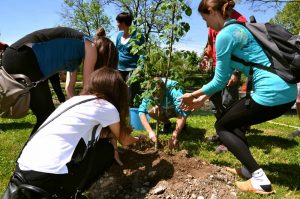 My friends in Biotehnik school in Sempetre ( Nova Gorica ) helped me to organize a workshop in the kind of same school in Ljubljana.
I went to the class directly.
I was expecting to meet some teachers first and talk a bit, but surprisingly I went directly to the classroom where all students were waiting and they didnt know exactly what is going on. everything was kind of surprise either for me or them. 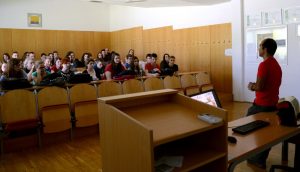 We had 90 minutes talk and afterward we planted a tree togethger.
I was trying hard to make them talk and get involve in our conversation but it was quite hard at the begining and it went better later.
After we finished with our tree planting, a guy approached me and handed me a pastary and told me ” you are doing something good, this is the right thing in the right time for you ”
That was an amazing feeling after the workshop and prove for our work which has some result even though they dont express themselves. 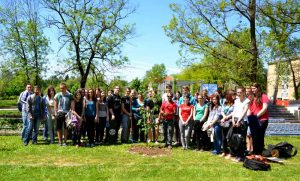