Home ASIA Indonesia Some difficulties of the road

Some difficulties of the road 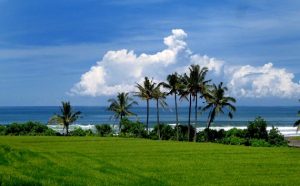 Some difficulties of the road

After having a silent day in Denpasar (Bali) I had to leave there on 8th March early in the morning. I was planning to ride to the port between Bali and Java which was about 130km and from there drive a bus to Jakarta to be in Jakarta at 9th to do my work and then follow my administration work at 10th due to my visa was running out at 11th March and still there was no news from Australian embassy for my visa. So just I had to sleep early and pack my bags at night and just I would like to take my bicycle early morning and not having ant work to do then.

In the silence day I was whole day at home and writing and chatting with Anna and Lupo and it was the reason that I couldnt pack my bags early at night and I had to do them late. It was a bout 23:30 that I began to pack my bags. I was cleaning everything and packing. I was disconnecting the tube of my stove from the burner that I made a bad mistake( I was so tired and sleepy but it is just an excuse, I did like a stupid person). I didnt push out the extra excess air from the fuel bottle and when I was opening the tube some petrol purred out on the ground. I didnt care about that very much and just I took the rest of stuff away from the fuel and continued to pack ,mainwile I made a very bad mistake and just I was taking the lighter but I lit it and suddenly I saw a big fire around myself and the worth thing there was burning the cover of the fuel bottle and it was very dangerous due to if it became hot it would explode, just I took it and very fast I pull the cover out when it was burning and my fingers burnt and then I threw it outside and I looked back.oh ,my GOD the curtain was burning and a big fire inside the room. The room was completely dark due to a huge amount of black smoke and just in a moment I looked at the curtain and its fire which was very close to the roof , the roof was made by wood and ready to burn very fast. Just I pulled the curtain down but it was not everything, there was more fire down on the ground where the fuel was there. I began to fight with that fire with the burning curtain and after a while I could make it. The fire finished finally then I found myself in a dark room with black wall and people on the window who were looking at me silently and when they became sure about the fire they left me to their room. It was midnight and I had to clean the wall and ground and push out the smoke from the room.

After having some hard days on the road this circumstance made me down. I saw myself middle of nowhere, the length of staying in Jakarta had got very long, my visa was running out and still no visa for Australia, coming to Bali in a day that O could do nothing and having rush to go back to Jakarta and they all came with a fire in my room. I was down and I had to find a way to recover myself. I had no good sleep in that night and all the night I was having bad dreams. In the following morning I woke up at 5am but very tired in my body and mind but there was no choice and I had to go. I began to cycle and I was thinking about what was happening around myself, just I was telling myself that â€œHey Mohammad there is something nice is coming and these circumstances are just before the nice thing which you are getting it is the way that always I recover myself and always it works. but it was not all and there was something else coming.

Always when I am riding I am very careful about the small animals on the road which are mostly bogs, ants and worms to do not pass over them. I really care about them but in that day I was thinking and I was not concentrating to the road and just I saw a big snake passing the road and I passed over that. The snake was turning around itself having pain and ran away from the road. It is true that if I was not passed over that it would die on the road but I was so sad of passing the snake. I was going more down. Finally I arrived to the Bangowangi the first town in Java at 4pm and directly I went to bus station to take a bus for Jakarta. There was no bus for Jakarta and just I could go to Surabaya a town 300km from there and 1100km from Jakarta. There was many buses leaving there every 20min but non of them accepted me due to I had a bicycle. You can imagine that after having some days like that you need rest and a place to cool down but still more problem. I went to the road and after 30min a truck stopped for me and I threw my bicycle to the truck happy to find a way to go to Surabaya.

300km and 7 hours driving in a very narrow road. We arrived to Surabaya at 0:30 am and directly I went to the bus station to catch a bus for Jakarta but I faced with this sentence. The last bus left 10min before and the next bus is 10am on the following day ohhhh, I pissed off but I was not going to stay there at night, I had to find a way, so I thought the best way is going to the highway on the gate, maybe I could found a someone who take me to Jakarta. I began to cycle at midnight under heavy rain around the town to find the entrance of highway. There was no more people outside and just some small shops who couldnt speak English. Everyone gave me different address and after 2 hours cycling I found myself again in front of the other gate of bus station completely wet. I saw there is no way and just I am doing nothing so it is better to go to bus station. I was in the other gate and I had to pass some narrow streets which. There was some small doors open with colorful lights outside and the sound of music from inside and some women outside smiling at the passengers and few strong men around them. Another door and people who were playing belyard and more women around them, addicted people on the street oh my goodness. I passed them and I went again to the bus station. I found a bus for a town on the half way between Jakarta and Surabaya which was leaving at 3am. Thanks GOD at least I can go out from here. I bought 3 tickets ( 1 for myself and 2 for my bicycle) and we left there. I arrived to Semarang at 9am happy to have certain time to go to Jakarta. But my story was not going to finish. Again the bus drivers didnt accept me due to I had a big pet ( My beloved bicycle). I didnt care about them due to I had plenty of time and I could go to the road to catch a truck.

I went to the gate of highway but the person there stopped me( in Indonesia riding bike is prohibited in highways). Whatever I told him I am not going to ride there just I am looking for a truck but he couldnt understand what I mean and just argue. Finally he called the unite patrol via the radio and after few minutes they came. Just they put my bicycle on the car to take me to the end of highway (it was just about 20km). In the end of highway was a small town so I cycled out from the town to find a good spot to catch a car. After 2 hours staying in hot I got nothing. I changed my place but still nothing. I cycled 15km more to be completely on the road out of town and 2 more hours ¦.but nothing. Finally I found that the only place that I can catch a car is in front of police station. I had to go there and ask police to stop a car for me. So I cycled 15 more kilometers to the police station. But it took me 3 hours that the police man could stop a lorry . they happily accepted me and I was so happy to finish staying 7 hours under hot sunshine and having a car to go to Jakarta.

I was happy and also tired. Just I slept. We had about 400km to Jakarta. I woke up after 3 hours and just I found that we had drove just 60km within 3 hours. I asked them how long it will take to drive to Jakarta and I heard 12HOURS!!!!! But it was not just 12 hours. We left the police station at 4pm and just after 12hours and just 50km before Jakarta driver was tired and he decided to sleep. Finally I arrived to Jakarta 5am on 10th March. It has not finished yet. From the point that driver dropped me I had more 40km cycling to the place which I was going there. I arrived there around 7am very tired, sleepy, hungry and so disappointed. But I shouldnt give up and I shouldnt get tired due to still I have some more years to travel and I have to keep fresh