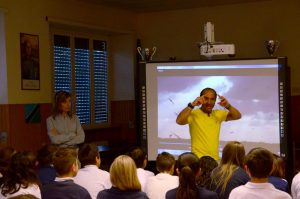 After I return to Italy I went to Napoli for 2 days and then I took a train to Rome.
I arrived to Rome at 8:30 in th emorning and directly I went to the school where my friend, Manuele has his kids studying there.
It was a combination of two larg groups, but after 30 min they splited and smal ones went out and we continued with older ones. 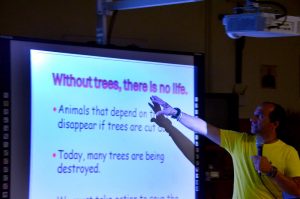 here I received few lines by one of the students caled ” Flavio” who is also Manuele’s son.
” today, I learned to respect more the nature, has to understand that trees are very important and are used to support the lives of many animals, birds and insects. I understand that the garbage that we throw on the ground can be eaten by animals. I realized that everything that we do wrong “sooner or later there has repercussions against”.

Thanks a lot to Manuele who helped me to organize this workshop and Flavio for his report.
27 April 2015 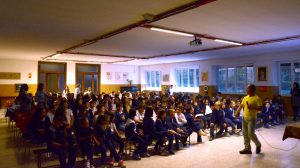 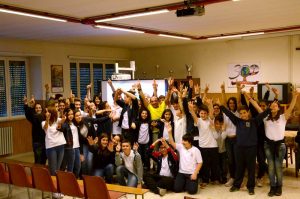