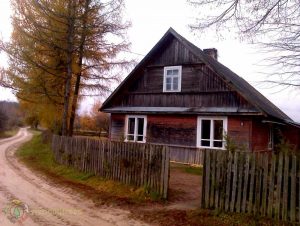 My friend’s house in Biawagorce

I arrived in Warsaw and I went directly to Rose and Marcin’s house, anyway it was funny that with Marcin we couldn’t figure out how to meet!! Two experienced cyclist but almost one hour searching to find each other. It was funny but I was there in their house at night and a hot bath was waiting for me and a nice dinner.
2 days before I arrived to Warsaw I had such a really bad feeling. I was cycling through the forest which I felt a heavy and worrying environment surrounding me. I couldn’t realize what should it be!! I was worry about my family, Rose or even my friends in Biawagorce which I was going to visit them. Gosia ( my friend from Biawagorce who I met first in 2005 and hosted them in Mashhad) sent me a sms and she asked me to check my email as quick as possible.
I was scared if something wrong happen to them? But in the next sms she told me it is not something very urgent and it is all about organizing a meeting!! I was happy that they are fine, but the feeling was still with me.
I was in Warsaw and I saw Rose and Marcin are also fine and I called home, every ones fine but the feeling…!!
I was busy with my lovely friends and I forgot about my senses. The first day in Warsaw was raining and I spent all day at home resting and doing some work on computer, chatting with friends and just being lazy.
Next day I saw something on Facebook about my dear friend Mahdi Amidi who is a very professional climber and has climbed Everest, Lhotse, Manaslo and Dhaulagiri and dozens of 7000m picks.
we came to Europe almost together and he went to climb MontBlanc in France and we were supposed to meet after his climbing somewhere around Vienna, but the news on FB was about his missing!! He was gone in mountain and no news for almost 20 days which wasn’t a good sign for such an activity.
There was tearing on my eyes and I began to cry, such a hard moments I had…full of sadness and worry.
Again one of my best friends was gone!!  3 years ago my best friend, Abbas gone by the river in Nepal and we couldn’t get any sign of him and again the same story with Mahdi!!
I was shocked, as he was very experienced but nature does not care how much you know about it…it is still stronger!! 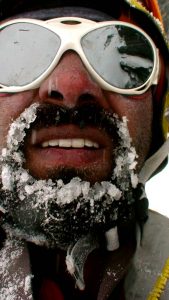 our memories, his laughter, his passion for mountain, his support for my journey and his kindness…all like a movie were passing through my eyes. Hard to believe …just before he get to the train to Paris he called me laughingly “ Mohammad, I am going and will be back soon. Take care..shit I paid 150 EUR for train which is really a lot but no matter, I will enjoy it. I will call you when I am back and catch up with you somewhere. “ I even didn’t tell him to take care as it was very normal.
I was crying. I don’t want to say that I am strong and I don’t cry…it is just bullshit. Yes I am enough strong to do not stop moving, to do not be influenced by any circumstances but I am a human being and I love my friends very much. I have pain deep in my heart when I see their pain and now there is a big pain in my heart. I should admit that I am crying now and I am not ashamed to say that.
On Wednesday I left Warsaw for Biawagorce. First I took a train to Byatostok and then with a local bus I went there. Gosia and Grzegorz were waiting in bus stop while a light rain was pouring.
I stayed there 2 days and I was totally off from everything. A wooden house in a small village near the forest was enough good to heal the pain.
it was raining almost all the two days and I didn’t go out.
On Friday evening I went back again to Byatostok and with Adam who is a biologist we went to Biaowisza which is oldest forest in Europe. I was luck y as I could go with him very deep into the forest which was beautiful.
On Sunday I was planning to come back to Warsaw and I was looking for a train from Byatostok. There were trains almost all the time and I wanted to get a train at about 10-11 am. Late at night with Adam we realized that Sunday is national day in Poland and so many Nazis will go to Warsaw to protest again whatever is going on !!! I didn’t want to be in the same train with all those crazy guys, so I took a bus 5am directly from Biaowiesza  to Warsaw and I was at home again at noon going to die because of being sleepy.
On Monday I had 3 workshops in British school and I met also Katalin who I have met her before in Azerbaijan for a coffee. We talked and walked for few hours about our lives which was like a new book, a new story to hear and a new human being to learn from.
I left Warsaw on Tuesday for Krakow.
I was cycling on the road but thinking about Mahdi….”  I promise you Mahdi which I enjoy life the fullest, I will live with entire joy and in peace and I will continue this life happily. I promise you to do not get stuck in daily life as you were not, to do not stop moving as you were wishing and to do not forget you!! I love you Mahdi….”