Cycling through south of Iran 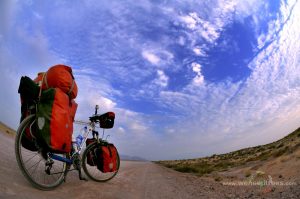 After Rick, I spent the most of my time in south of Iran except my flight to Mashhad because of my sister’s wedding party and my returning back again to south by my car. It wasn’t the first time of my travelling by airplane but I think whoever saw me that how I was looking out the window of the airplane thought so .I was so amazed and nearly most of the time of my flight spent watching out….I have travelled more than the average level that people travel but I still feel I need to see more, more and more …..I am still thirsty to visit the nature and generally the world, that’s kind of everlasting hunger!!

Less than one month of New Year passed. Spring began .I would like to congratulate new year and wish the people the best. The most beautiful things  that I have found to wish for my people is that they feel  the inner peace in every moments of their lives…
I was in Kish island and I was chatting with Arash, who is my friend of in Bandar Abbas. He asked me of what I am going to do for the new year? Surprisingly I asked him about the time of new year!! Which actually made him laugh after he realized that I didn’t know that New Year is the next evening! I didn’t want to be alone while everyone is celebrating with others, so I decided to go to Bandar Abbas to reunite with Arash and celebrate it together.

SO,one year passed. If I want to have a flash back, I will write: 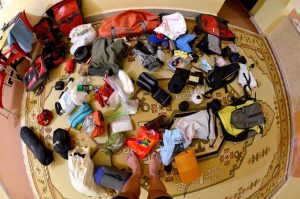 Celebrating previous new year in Lausanne – Switzerlan, after travelling for a few mouth, I came Iran ,went to China and South Korea, and finally returned to Iran again and having the common peace project with Rick in Qeshm island.

when I look behind and review the works I have done during recently last few months in I ran,I got embarrassed because I haven’t done what I truly  had been able to do and have no achieved to what I really wanted .In my opinion, success means having effort in every second of your life, means never losing  your time and trying as much as you can in every moments of your life to achieve a good point that you determined in your life.
The bigger goal certainly needs more efforts …… what I really want in the new year for myself is that I have more effort, more trip ,meeting more people and finally getting more success into the way of my life.

Beginning new year in the trip made me so happy and it would be much more better to continue in this way. It doesn’t mean that I travel all the time. it means my life keep flowing ,constantly becoming new and never stopping ….

By the way,I spent a few month of my life in the south of Iran and finished previous year in this part of Iran. if I want to 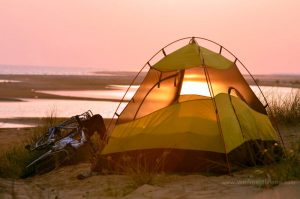 write my feelings from this part of my country and their people,I will mention to the security, the trust between people and  their hospitality and kindness .In different situations, people do me favors. Once,a friend when he was in trip and understood I was in his town gave me the address of the key of his house that was in a hidden place in his alley and in this way allowed me to get into his house and stay as long as I want….this action of him gave me a very good feeling.

Once again, I was thirsty and have no water. I asked a motorcyclist whom I  accidently saw him : where can I find water?,He got my bottle and rode about 1 or 2 kilometers away and brought me water….It was kind of him and I really appreciated…I am Iranian and so happy that experience this kind of atmosphere in my country “Iran” …..

I touch this kindness much more on 13th day of Farvardin which is considered as the nature day(the first month of the solar year).This day is one of the most important festivals for Iranian people that is holiday and families spend their day in the nature and enjoy. That day, I was cycling and I was in the way of Boushehr.I saw lots of people who were in the nature.When the saw me,They waved their hands  and invited me to join them. That day I had lunch twice and people invited me to their home about  4 or 5 times….I got very positive feelings of the kindness of people although  I preferred to reject their suggestions because I was eager to pitch my tent in the nature….
that night rain started while I was pitching my tent. As soon as I was inside 4 of my friends called me from different cities in the same region to inform me there is an storm 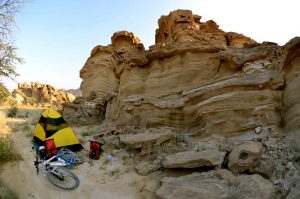 coming along with thunder. After four of them called me I began to worry a bit, but I could do much as I was out in the nature and quite far from anywhere, also on the bottom of valley it could possibly flood. I sat in my tent and I even didn’t cook my dinner. Still there wasn’t any sign of thunder but raining and a very strong wind. I was thinking that it would be better if I leave my metal things outside. So I open my tent and I saw a scorpion under my tent! So it was much better to stay inside that outside.
luckily I was too tired and fell asleep in an hour. Despite the strong wind which was blowing my tent away, everything else was fine and in the morning I woke up by the sound of birds which proving that everything is fine and safe.

After the holiday of new year (Norouz) was over and schools were open,My work began.I went to  schools and talked with children about environment ….

A few days ago, I had an E-mail from one of the German friend of mine. He had described spring ,blossoms and the beauties of this season in the place he lives in his E-mail….To tell the truth,I really regretted that this is the spring season and blossoms and beautiful flowers flourish and now I am in a place where springs has no meaning and the weather are getting warm….If I wanted to stay south of Iran ,I would lose touching the spring and it would make me so sad…so I 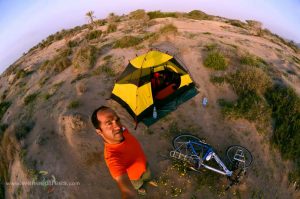