Home EUROPE Netherlands Another vacation finished and I am back to the road!!

Another vacation finished and I am back to the road!! 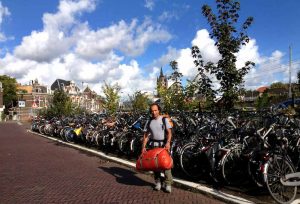 I was at home since I left Tajikistan in August 2011.
after I went back home I was trying to find some people, united them and make a kind of NGO for our work. It took me few months but honestly I should say all the efforts failed. Unfortunately I was not able to make things organized and I should admit which I am not a team leader. To organize a team the very first thing I should do is to be available but it was hard for me to stay somewhere for so long !!! I am a nomad!!! I felt I need to move myself and the others were busy with their job and of course they have things to do themselves in a very messy society of Iran with all crises that we are facing with.
It was winter and I began to cycle in desert toward south and after almost 2 months I got an offer for a job. It was a nice one and I also could make some money to do my responsibilities against my family.
The job also took me few months and I finished around June. The other contract were on the corner and my colleagues asked me to stay longer to do those projects.  Honestly I didn’t have any internal connection with next projects and I even told them I am not going to continue anymore but I saw they are somehow leaning on me and they consider me as an important part of the team. So if I am not there, they might not try to sign a new contracts and of course there were some other people having benefits from that.  Again I made a mistake and I didn’t listen to my heart and my brain worked!! And as always it took me not at least to the right place.
after 2-3 more months I realized that I am just wasting my life and I quit again everything, of course because of people who can not understand the way I live we had some discussion and some got upset of me. But I cant wait and explain what I am going to do!! I just need to move, the path will show them either I was correct or not. The importance is which I do believe on what I am doing and it is what I actually should do in my life, so the rest is not my responsibility.
I applied for Swiss visa and I had it in 10 days but still I didn’t know where I should start my journey as I didn’t have a bike yet nor panniers and of course not much money but I am used to travel with no money and I was afraid of that. But this time I Should go farther and start even without a bicycle which is much more harder and I had to find a bike as well.
I didn’t want to ask people and I believe which it will come as I need, but honestly I should say that still I have doubt sometimes but not fear.
I had a friend in Amsterdam and also I realized which is better to start from a little bit of north toward south to escape from cold of winter.
Again so much work to do before I leave and mostly the work was meeting my beloved friends but still I had to organize something before leaving which was consequence of working and getting involved with business. I was feeling that how these things could make me heavy and tight me to the ground. How they tempting but I was already at the edge ready to fly and nothing could stop me. 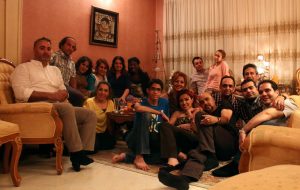 my friend Mozhgan in Mashhad organized a party to say good bye and then I left Mashhad to Paveh to finish the paper work in my job and then I went to Tehran where I could meet some other friends also and have a nice welfare party there.
I flew to Amsterdam on October 4th and start to know things in Europe.

The very first and important thing was bicycle and I just received an email from my friend Moses from Germany who was willing to borrow his bike to me. Panniers were provided by Human and last night Moses drove almost 550km in a round trip from Germany to here to deliver his bike. Yes!!! World is still a beautiful place to live and I am happy to have such a friends and it is nice to k now that I met him 2008 in New Zealand and we had just 2 hours time to spend together.
Now I have everything and I just should get prepared to leave. But I will write what had happened while I was here in Holland last few days. 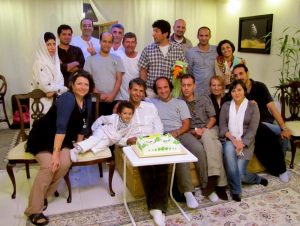