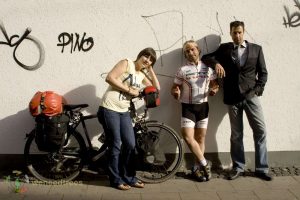 I was in Aachen and I was planning to go to Bielefeld but not through Cologne. Just a day before I left Aachen I received an email from Ladan who is one of my friends from home.  She wrote me that she will be in Cologne on October 15 which was the nest day!!! So my next destination was already decided.
But I was going to stay in Cologne for 2 days and I needed a host or someone who put me up for 2-3 nights. So I just wrote some requests to some warmshower members and I mentioned which I need a place to stay for tomorrow night which was a very late request. Anyway I just got several answers in 2 hours and 2 positive responses and also another one wrote which she is not able to host but in any case if I couldn’t find a place I can stay in her camper van.
I was confused that with which one I could stay as I had no idea about them just a few lines in their profile.
I was talking to Moses and I asked him “ hey Moses, Peter or Britta?” he was confused what I mean but I just told him pick a name and he said “ ummm I have a nice friend and his name is Peter, so I pick Peter!!” and I wrote to Peter and told him I will appreciate if I could stay with you. (anyway I already had the invitation!!) but the answer from Britta also was really kind and nice which it was pity to miss them.  I wrote them also which I will stay one night with them too, I didn’t want to lose a chance of meeting such a nice family and I am happy which I appreciated the chance I had, no I have two more lovely friends.
After a day of cycling in a beautiful weather I arrived to Cologne around 6pm and I followed my direction to the center as I knew Peter lives in city center but still I had no address. I called him and he found out where I am, so he came to pick me and we went to his house which was a very nice decorated apartment with a nice view of Dom. He is a cyclist fan and he is planning to cycle in South America with his girlfriend next year which was quite nice plan. ( I just keep the hope to meet him while cycling there.
That night I couldn’t manage to meet Ladan and we decided to have lunch for the next day and of course I was tired.
a rainy morning caused me to stay at home till noon  and then I went to the restaurant to meet Ladan. It was amazing meeting her after a year and half as she is studying in Italy. I gave her a hug and we were laughing loudly in restaurant but we didn’t care! We were happy which was enough to laugh and enjoy, no matter what the others think! 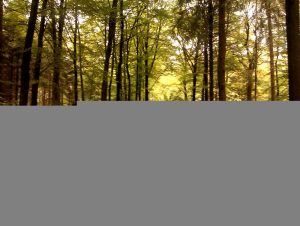 In the afternoon I was planning to meet Anne ( the one who told me which I can stay in her camper van ). We met in café Sur, A very cozy café in a corner in city center. I thought we may spend 1-2 hours but we were talking more than 3 hours and still we could talk more, but I had an appointment with Peter to go to a pub to watch football (Germany v Sweden) and experience Cologne special way of serving drinks!!
after having doner in a Turkish restaurant we went to a very popular pub nearby till 11 at night. It was late when I came back home and still so many things to be done!! Also next morning I should visit a school called ASK  where Simon ( Britta’s husband ) works as a volunteer. He organized a talk with kids and I packed everything and said goodbye to Peter to move to Britta’s house. I went to school at 10 and we were talking till 12, then I left all my bags there for Simon to take home and I went to meet Anne again.  She has cycled from Egypt to Germany alone 2 years ago, so she has so many experiences which is really nice to hear. She took me to a mosque, a modern one and then we went to cycle by the river of Ryin.

In the evening I went to Britta’s house to stay there and spend sometime with them and I was planning to leave next morning because I already fixed an appointment with Annamaria in Bielefeld. So I should be there Friday night and I had almost 210 km to ride. It was fine because I had 2 days and easily I could make it, but at night Mojtaba and Mehrnaz who are my friends from Iran which they also are cyclist called me. They were in Cologne !!! and it was stupidity to miss them. No way, I extended my staying in Cologne one more day and next day I moved to their place. After 4.5 years we had so many things to talk. I had an unforgettable night there with them. It was nice to see their passion for the country and the way they feel about their homeland and it keeps the hope in my heart which there is a big chance for my country to stand again in a position which it deserves.
I already lost one day and I had to go to Bielefeld in one day which was almost impossible, even after I knew there are some hills along the way. My body still was not that fit and hills were killing me. It takes time to get back again to shape.
My map was not quite detailed and good, so it is easy to get lost and in fact I did few times.
here is where I really feel I need a navigator. It is strange because it is the first time I feel I need it but before I was thinking Europe will be full of signs and very easy to find my way and it could be only place I don’t need a GPS, but I was wrong!!! Here is the only place I need GPS because of too much information which makes everything so complicated !!!
anyway I cycled 160km till 6:30 and it was almost dark. I didn’t feel that safe riding at night because I usually don’t ride my bike in bicycle path as I don’t like it. I like to feel the road and be among the cars!!! I like to have reall feeling of being on the road which bicycle path never makes that feeling for me.
so I just took a train to Bielefeld where I had some wonderful friend waiting. Actually I was in time limit because she was going to leave in 2 days and if I would stay somewhere that night then I would also miss meeting Annamaria.
Train stopped and door opened, she was there and I was so happy to hug her and have a beautiful joy in my heart which I think it was the same to her.
we walked home where I also met Thomas who is Anna’s boy friend. We talked a bit that night but not that much and the next day we had enough time to talk.
[[{“type”:”media”,”view_mode”:”media_original”,”fid”:”1627″,”attributes”:{“alt”:””,”class”:”media-image”,”height”:”200″,”style”:”float: left; margin: 4px 8px;”,”typeof”:”foaf:Image”,”width”:”300″}}]]it was a beautiful sunny Saturday and we walked to a park nearby. This time I didn’t make a mistake and I took my cooking stuff with me to make a coffee there.  We walked through a forest and in the evening a Turkish donor was just great.
at night when we were back home, Anna and I sat outside and we talked for few hours. It was great talking to such a spiritual person. our talk was getting deeper and more detailed about our lives and our experiences. We reached to a point which I was feeling so light and free like a bird, I had tears in my eyes and without any hesitation I mentioned it, she was the same!!
It was the time I felt so happy to push myself to be there before her departure and I didn’t miss meeting her. It was like I found a little piece of myself in deep darkness of my ego.
On Sunday they invited me to climbing park which was my first experience of such an activity. I have done some rock climbing or even working at height but that experience was different.
There was 3 levels of activities and we should have a partner to do them. We did the first one all 3 of us and the second Anna and I, but for the last one I found another partner.
she had to leave at 6:30, I companied her to the station where we met first to say goodbye. I was not that happy but in the other side I am also happy to have the chance meeting them.
when I went back home Thomas had already made some food even though he was leaving, he just cooked for me !! thank you Thomas for all your kindness.
after 2 pleasant day in Bielefeld I left on Monday around 9am for Berlin.